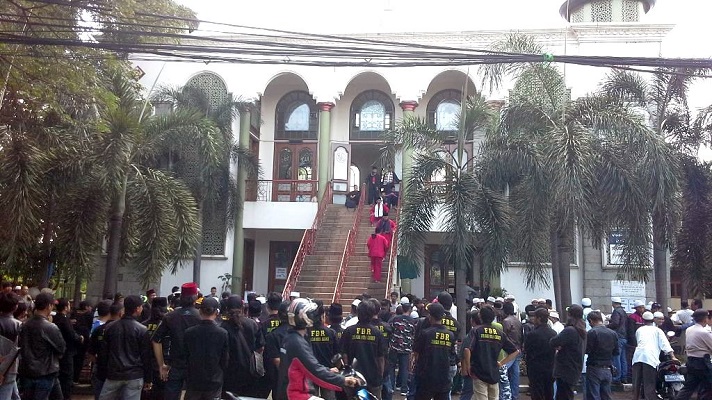 Countering Violent Extremism in Indonesia: Need for a Rethink

(Jakarta, 30 June 2014) Indonesia is making some progress in countering violent extremism but more through community efforts than through government programs.

The latest IPAC report, Countering Violent Extremism in Indonesia: Need for a Rethink, says that prevention programs of the National Anti-Terrorism Agency (Badan Nasional untuk Penanggulangan Terorisme) have not been as effective as hoped. At the same time, many local communities, some of them inspired by an anti-salafi backlash, are taking action themselves against extremist preachers and radical media, while some prisoners are deciding on their own to move away from violence.

“The trick is to understand when, why and how individuals and communities decide to resist extremism and then to design interventions that can replicate the process,” says Sidney Jones, IPAC director.

BNPT’s prevention programs could usefully benefit from more research on how radicalisation takes place and how local communities fight back. For example, it is planning to train administrators and imams of some 90 mosques across thirteen provinces and provide funding to strengthen their capacity to resist extremist donors. But the case dossiers of the hundreds of convicted terrorists, which contained detailed information on the mosques where they became radicalised in the first place, do not appear to have been used to compile a list of mosques to be targeted.

The IPAC report contains a case study of one such mosque, Mesjid Muhammad Ramadhan in South Bekasi, just outside Jakarta, where dozens of men later convicted of terrorism took part in radical discussion groups. In April 2014, the local government, working with community leaders, expelled the extremists, exploiting an internal rift in the mosque administration; the fact that the city owned the land on which the mosque was built; and resentment of influential local religious leaders over chararacterisation of their traditional practices as incorrect or idolatrous.

The Bekasi takeover benefited from a particularly good local police chief and subdistrict head (camat), but it is only one of many such incidents across the country. If BNPT could collect such cases and analyse what tactics have been successful, it could make the proposed training of mosque administrators far more effective.

The report also examines government programs aimed at prisons and at the media and concludes that much more could be done to target them more effectively. It suggests that a new government taking office later this year might consider a restructuring of BNPT to ensure that the prevention division is better integrated with the division responsible for intelligence and operations.

“The last five years have seen few terrorist attacks, but with the number of Indonesians fighting in Syria rising, this lull could change when they return,” says Jones. “Prevention is more important than ever.”