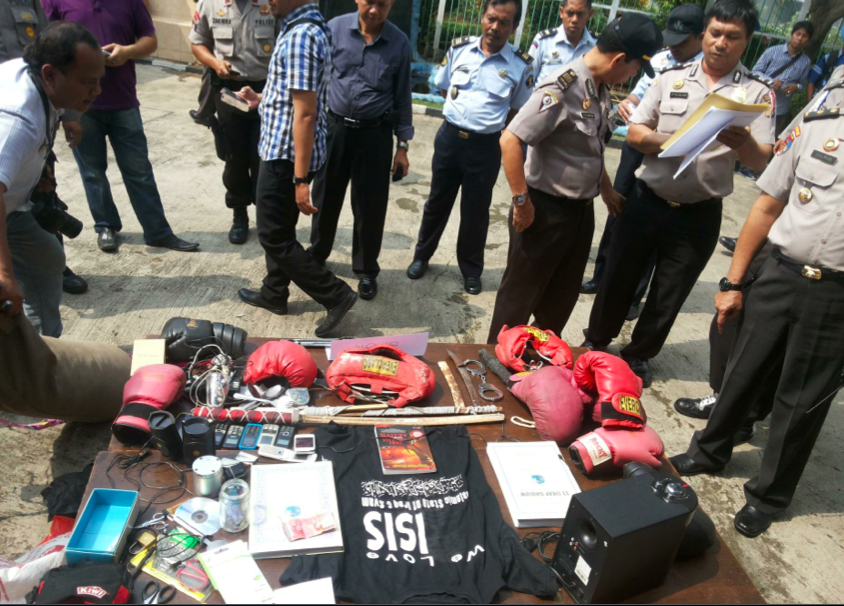 (Jakarta, 19 January 2015) -- “Islamic State” (IS) supporters are a minority among convicted terrorists in Indonesian prisons, and some of those who have sworn allegiance have done so for reasons that have nothing to do with ideology or religion. Relatively simple interventions by prison staff may be thus able to limit the influence of hardline ideologues.

Support for “Islamic State” in Indonesian Prisons, the latest IPAC report, examines how alliances for and against IS developed among inmates, using two prisons as case studies.

“Support for IS in Indonesian prisons appears to be falling, not rising, as prison staff identify the less ideologically committed who can be pulled away,” says Sidney Jones, IPAC director.  “The need to strengthen supervision of pro-IS militants remains urgent, however, as some are facilitating travel to Syria from behind bars.”

The report looks at two prisons that are particular challenges for prison staff because of the radical clerics detained there. Both are on the island of Nusakambangan, off the southern coast of Java. One, Pasir Putih, is a “super maximum security” facility that now houses the country’s largest concentration of convicted terrorists, including Abu Bakar Ba’asyir, the head of Jamaah Anshorul Tauhid (JAT). The second, Kembang Kuning, is a much older, smaller facility with thirteen extremists, among them extremist cleric Aman Abdurrahman.

In both prisons, Aman’s followers constitute the committed hard core, but the dynamics have been different. In Pasir Putih, the militants’ access to contributions from outside, particularly donations to Ba’asyir through JAT, became an surprisingly important factor in the strength of the pro-IS alliance. When JAT split over Ba’asyir’s oath to IS in July 2014 and contributions dried up, it was easier for prison staff to persuade others to leave. In Kembang Kuning, the waxing and waning of the alliance has depended more on transfers and releases of inmates.

Staff in both prisons have become genuinely interested in improving inmate supervision, but knowing their own weaknesses, especially in terms of numbers, they are wary of antagonising the extremists, and some controls remain lax. Many are also resistant to adopting international templates for managing convicted terrorists, some of which they see as inappropriate in the Indonesian context.

“Corrections officials have had some success in building anti-IS groups in prison and this needs recognition,” says Jones. “The problem is that every time new inmates come in, the dynamics change – and how an inmate behaves in prison is not necessarily a guide to what happens after release.”