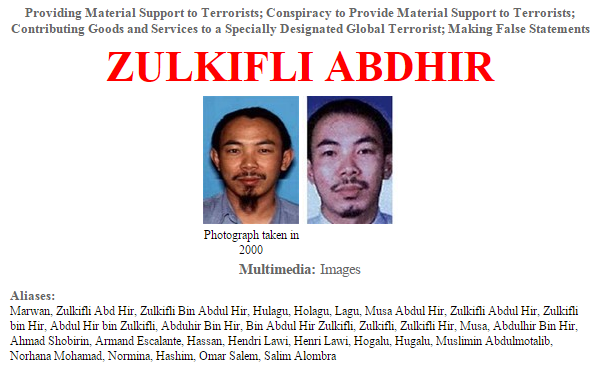 The new report examines Marwan’s activities in Malaysia, Indonesia and the Philippines, drawing in part on testimonies of Indonesians who knew him in Mindanao.  All agree that he was never a member of Jemaah Islamiyah (JI), as has often been claimed. He was a senior member but not the head of Kumpulan Mujahidin Malaysia (KMM) and ran its Selangor branch. Marwan and many of the Selangor members were radicalized through contact with Malaysia-based JI members but were never inducted themselves, because JI did not want to be seen as poaching from Parti Islam se-Malaysia (PAS).  KMM’s leadership was largely composed of young PAS members who had studied in Pakistan and India.

Marwan  arrived in Mindanao in 2001, not 2003 as some reports have suggested. He had no role in the 2002 Bali bombings and his bomb-making skills were rudimentary, acquired mostly in Ambon, Maluku, during the communal fighting there. His expertise was more in sharp-shooting, but his tendency to panic made him unwanted in battle. One of his former associates described him as “a little snake who has been blown up into a dragon.” He unquestionably aided and abetted terrorist attacks, but these associates say he was never a leader.

There are many reasons why his reputation soared, including the bounty on his head and his ability to elude so many operations that targeted him. But even had he been the master bomber that his image suggested, it would have made sense to coordinate counter-terrorism and peace-making.

“If Marwan had escaped yet again, there would have been another chance to capture him”, says Jones. “It is not clear there will be another chance for peace if this one collapses.”