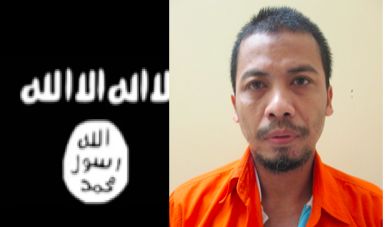 The personal network of Abu Gar, one man involved in last January's terrorist attack in Jakarta, shows how the communal conflicts in Ambon and Poso continue to haunt Indonesia..
ISIS in Ambon: The Fallout from Communal Conflict

(Jakarta, 13 May 2016)  The personal network of Abu Gar, one man involved in last January's terrorist attack in Jakarta, shows how the communal conflicts in Ambon and Poso continue to haunt Indonesia.

“ISIS in Ambon: Fallout from Communal Conflict”, the latest report from the Institute for Policy Analysis of Conflict (IPAC), traces the violent trajectory of one man, Nazaruddin Mochtar alias Abu Gar, from his decision to join the Ambon conflict in 1999  to his arrest in connection with the Jakarta attack seventeen years later.

Abu Gar was involved in Ambon with the organization KOMPAK; trained fighters in Poso in 2000-2001; became a follower in Jakarta of extremist cleric Aman Abdurrahman in 2003; was arrested for teaching a bomb-making class for Aman’s followers in 2004; spent seven years in prison and returned to Ambon when he got out; and became the head of military affairs for Indonesia’s largest pro-ISIS organization in 2015.  At crucial steps along the way, he turned to men he had taught or trained with in Ambon and Poso. Some are in prison; several others are now in Syria.

The report also asks whether any interventions, governmental or non-governmental, could have pulled Abu Gar away from violence or reduced his influence over others. There were potential opportunities after his initial arrest on terrorism charges in 2004; during his years of incarceration; after his release in 2011; or after he was identified as participating in a key ISIS Indonesia meeting in November 2015. Now that he is back in custody, there may be another chance.

“Abu Gar is exactly the kind of high-risk detainee who needs to be the focus of sustained attention by Indonesian authorities,” says Jones. “The first step is to prevent his access to a smart phone.”