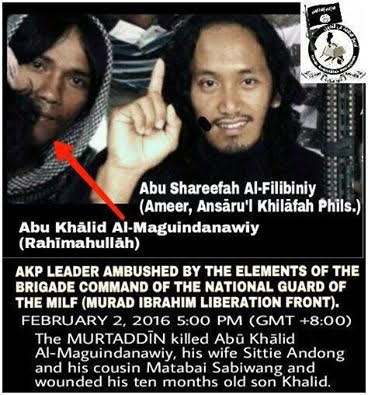 (Jakarta, 25 October 2016)  Support for ISIS has deepened cooperation among extremists in maritime Southeast Asia, making it more important than ever for law enforcement agencies to have expertise on groups outside their own borders.  A better understanding of developments in Mindanao is particularly urgent.

Pro-ISIS Groups in Mindanao and Their Links to Indonesia and Malaysia, the latest report from the Institute for Policy Analysis of Conflict (IPAC), examines four pro-ISIS groups in Mindanao and how each has links to operatives from other countries in the region: the Basilan-based faction of the Abu Sayyaf Group (ASG); Ansarul Khilafa Philippines (AKP); the Maute group in Lanao del Sur; and Bangsamoro Islamic Freedom Fighters (BIFF).  Each has had fighters, instructors or funding at different times from Indonesia or Malaysia and in turn has provided refuge, training sites, combat experience or arms.

“Over the last two years, ISIS has provided a new basis for cooperation among extremists in the region,“ says Sidney Jones, IPAC director. “That cooperation could take on a new importance as ISIS losses in the Middle East increase and the incentive to undertake violence elsewhere rises.”

The report explores the history of Indonesia-Malaysia links to each of the four Philippine organizations, showing how ties going back more than a decade to a shared prison experience or fighting in the communal conflicts that erupted in Indonesia in 1999-2000 have come back into play in support of ISIS.

There is some evidence that the Maute group and the AKP have been able to use the appeal of the ISIS brand to attract university students. The more extremists in Mindanao can attract educated and computer-savvy cadres, the greater the likelihood of cross-regional contact.

More fighters could also be attracted to the Philippines as the jihad of choice as ISIS gets pushed back in Syria and Iraq. “As getting to Syria becomes increasingly difficult for Southeast Asian fighters, Mindanao may be the next best option,” says Jones. “The difference is that it’s easier to get home.”