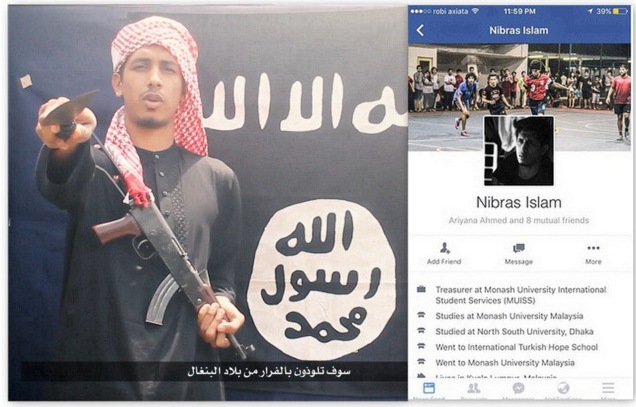 (Jakarta, 8 May 2017) Southeast Asian and Bangladeshi extremism are becoming increasingly intertwined, making the traditional distinction between South and Southeast Asia obsolete, at least as far as counter-terrorism is concerned.  The urgent task now is for governments, journalists and NGOs across the region to better understand the interaction and look for interventions that can strengthen local resistance to recruitment.

How Southeast Asian and Bangladeshi Extremism Intersect, the latest report from the Institute for Policy Analysis of Conflict (IPAC), looks at the different ways extremists come together:

“All these links are being forged at a time when population movements between Bangladesh and Southeast Asia have never been greater,” says Sidney Jones, IPAC director.

The report explores the historical links between extremists of the two regions going back to the Darul Islam/Jemaah Islamiyah training camp on the Pakistan-Afghan border in the late 1980s. It examines how political developments in Bangladesh in 2013 led to increased radicalisation and how the emergence of ISIS has helped fuel cross-regional links. The attack in July 2016 at an upscale Dhaka bakery revealed that several of the attackers and many others in their cell had studied or were currently enrolled at universities in Malaysia.

Arrests in Malaysia in January and February 2017 of Bangladeshi fugitives hoping to get to Mindanao and Malaysians and Filipinos helping them in Sabah suggests a deeper web of interaction.

“Law enforcement agencies in Bangladesh and Southeast Asia could usefully develop more expertise on each other’s extremist networks and strengthen information-sharing,” says Jones. “But it would also be good to have more exchanges among top journalists, in the interests of getting more informed reporting and better analysis from non-governmental sources.”