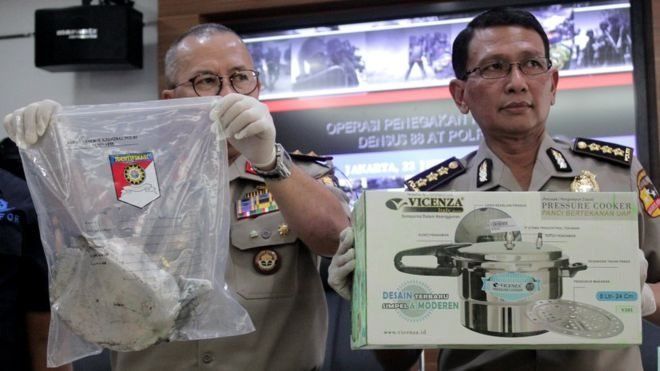 Copyright BBC.
Extremists in Bandung: Darul Islam to ISIS - and Back Again?

(Jakarta, 12 February 2018) Members of a Bandung-based faction of the old Darul Islam movement who joined ISIS might be persuaded to disengage if the Indonesian government can manage their detention wisely.

“Extremists in Bandung; Darul Islam to ISIS – and Back Again?”, the latest report from the Institute for Policy Analysis of Conflict (IPAC), looks in depth at a group from the Seventh Regional Command (komando wilayah 7 or KW7) of the Darul Islam movement.  Many members of KW7 in Bandung, who had previously avoided violent extremism, were convinced that ISIS’s control of territory in Syria and Iraq made it preferable to the Islamic State of Indonesia (Negara Islam Indonesia, NII) that they claimed still existed. They became the Bandung branch of Jamaah Ansharul Daulah, but some are reportedly having second thoughts with ISIS defeats in the Middle East.

“There are now more than 30 members of this group in detention, including some 20 in the detention center at paramilitary police headquarters in Kelapa Dua, south of Jakarta,” says Sidney Jones, IPAC director. “Some senior figures might be persuaded to disengage from violence and bring others along, but not if they are detained with ISIS hardliners for any length of time. This group warrants special attention.” Jones urged that some members of the group be moved to Jakarta police headquarters where they could have access to counselling from other prisoners who have disengaged.

Members of the group were responsible for a string of mostly failed bombing attempts but also for the May 2017 attack at the Kampung Melayu bus terminal in Jakarta that left three police officers and two suicide bombers dead.

The report looks in detail at why KW7 members, also known as NII Zakaria after a school they established, were resistant to extremist teachings for so long and concludes that it was in part due to the social services provided by the group. Some members decided on their own that ISIS was different because it controlled territory, but JAD operatives also systematically “poached” a few respected ustadz so that their followers would also join.

Indonesia faces a particular challenge addressing areas where NII factions have been entrenched for generations. This report suggests that it would be worth exploring whether some of the same mechanisms that have held them together over the years – in this case provision of health and education benefits – might be also used to draw them out of extremism.