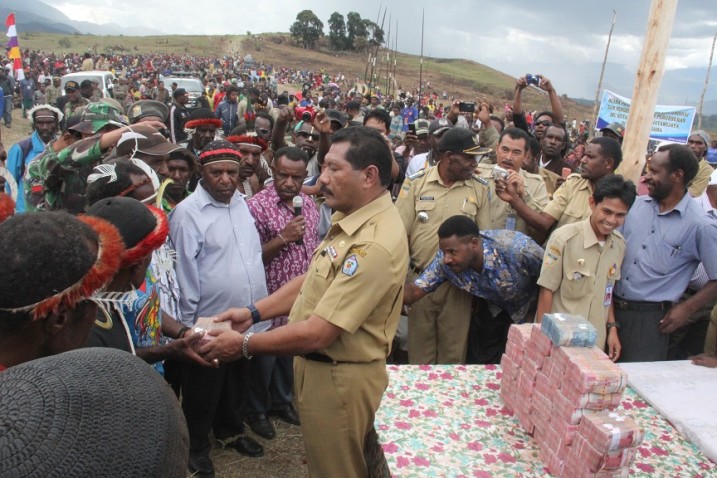 Numbers Matter: The 2020 Census and Conflict in Papua

[Jakarta, 29 October 2019] Inflated population statistics in Papua are a source of corruption, conflict and power struggles, but unlike many of Papua’s troubles, this one has a possible fix: a major effort by the new Jokowi government to ensure that the 2020 census produces an accurate head count.

“Numbers Matter: The 2020 Census and Conflict in Papua,” the latest report from the Institute for Policy Analysis of Conflict (IPAC), analyses the consequences of falsified data. The inflated statistics do not just fuel corruption but also have security implications. The problem is most acute in the central highlands where the pro-independence movement is strongest and many local politicians are sympathetic.

Papuan elites, especially in the highlands, have deliberately inflated numbers to gain money and power. More people on paper can mean bigger budgetary allocations; more seats in local legislatures; and a stronger political base. “The actual population of the Papuan central highlands may be less than half of what 2019 voter rolls suggest, but no one is checking,” says Deka Anwar, IPAC analyst.

Local offices of the two institutions responsible for the 2020 census, the Central Bureau Statistic (BPS) and the Department of Population and Civil Registration (referred as Dukcapil), differ hugely in their population estimates at the sub-provincial (kabupaten) level. Dukcapil, which is more subject to political pressure, produces far higher figures.

The new Jokowi government has an opportunity to get a clearer picture of the true population, but time is running out.

The logistical challenges to getting well-trained enumerators to remote areas are enormous. Many villages are reachable only by helicopter or on foot. Both BPS and Dukcapil are understaffed in Papua, especially in the central highlands. There are so many local languages that securing interpreters is essential. In some parts of the highlands, such as Nduga, ongoing conflict with the Free Papua Movement (Organisasi Papua Merdeka) means that the security of enumerators cannot be guaranteed.

Knowing that local officials will try to preserve inflated figures, it is important that enumerators be independent of both political parties and the local administrative structure. The churches, for the most part, can be an important ally, except where they are integrated into the local power structure.

The government needs to ensure that BPS and Dukcapil have the appropriate technology, the technical assistance, and the security detail, needed to do a proper count in remote areas.

“The need for a new strategy for addressing conflict in Papua is critical.” says Sidney Jones, IPAC director, “and a new strategy depends on better data.”